Book Club Recap: It's not your Resources, it's your resourcefulness

Dr. Kimbro shared a great deal of wisdom at one of our past wealth book club meetings. He encouraged us to build wealth for peace of mind, buy black and especially support women owned businesses! If you missed it, watch the full replay below!

Think and Grow Rich: A Black Choice by Dennis Kimbro and Napoleon Hill. Get the book! 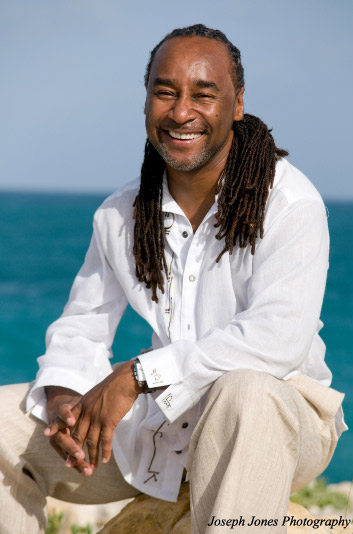 "Milk in My Coffee" by Eric Jerome Dickey 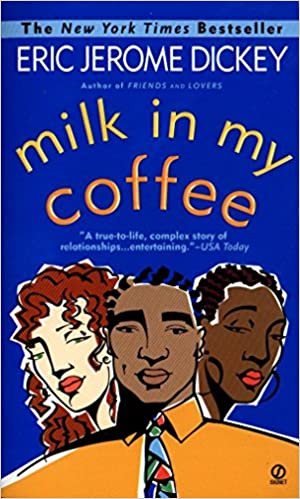 Valerie became the perfect wife to please her husband, Walter, whose football career has gone nowhere—along with their marriage. Then she meets Daniel. Valerie's divorced sister, Inda, has Raymond, who has a hot body, smooth moves—and another girlfriend on the side. Now Inda's scheming to get even. After telling her last boyfriend to hit the road, Chiquita takes up with Thaddeus, Inda and Valerie's irresistible brother. Has Chiquita finally found a good man? Click the book image for more information. "The Coldest Winter Ever" by Sister Souljah

Renowned hip-hop artist, writer, and activist Sister Souljah brings the streets of New York to life in a powerful and utterly unforgettable first novel. One of my all time favorites! Click the book image to read more.

Renowned hip-hop artist, writer, and activist Sister Souljah is back for the long awaited (20 years!) sequel to The Coldest Winter Ever! Who's ready to preorder? Scroll down to preorder your copy! 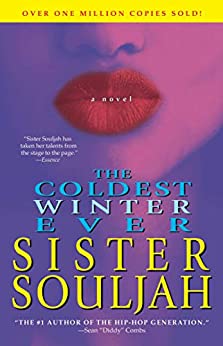 "Life After Death: A Novel" by Sister Souljah

The stunning and long-anticipated sequel to Sister Souljah’s million copy bestseller The Coldest Winter Ever. Winter Santiaga is back. Twenty years ago, Sister Souljah’s debut novel, The Coldest Winter Ever, became a bestselling cultural phenomenon. Fans fell in love with the unforgettable Winter Santiaga, daughter of a prominent Brooklyn drug-dealing family, who captivated her lovers, friends, and enemies with her sexy street smarts. For two decades, fans have begged for answers about what happened to Winter. Now all is revealed in Sister Souljah’s page-turning sequel, filled with her trademark passion, danger, temptation, and adventure. With her jail sentence coming to a close, Winter is ready to step back into the spotlight and reclaim her throne. “Assata: An Autobiography” by Assata Shakur

This autobiography explains what happened during the shooting and killing of a White police trooper on the New Jersey Turnpike in May of 1973. Officers questioned Shakur about the incident while she was handcuffed to a hospital bed after being seriously wounded in the incident. “Go Tell It On The Mountain” by James Baldwin

This book is about John Grimes an intelligent teenager living in Harlem during the 1930’s finding his identity living under the shadow of his step father who is the pastor of the church he’s grown up in.

“Their Eyes Were Watching God” by Zora Neale Hurston

A Southern love story with the wit and pathos found only in the writing of Zora Neale Hurston. Out of print for almost thirty years—due largely to initial audiences’ rejection of its strong black female protagonist—Hurston’s classic has since its 1978 reissue become perhaps the most widely read and highly acclaimed novel in the canon of African-American literature. 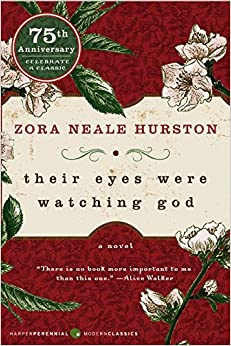 “"The Business of Lovers" by Eric Jerome Dickey

Eric Jerome Dickey paints a powerful portrait of the family we have, the families we create, and every sexy moment in between. “Dreams From My Father” By Barack Obama

In this book, the former President shares the story of his father and mother and how he defined himself as an American while learning all about his father’s past. 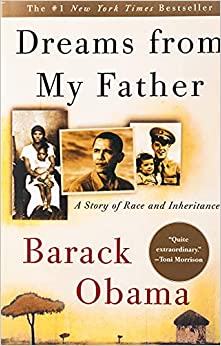 This is the amazing true story about three intelligent African American women who worked at NASA and were responsible for helping put a man on the moon. Although the movie was amazing, the book is where you can find the full story of these women. This Pulitzer Prize-winning novel is arguably Morrison's most well-known. It tells the story of Sethe, a former slave who escaped to Ohio in the 1870s—but despite her freedom, finds herself haunted by the trauma of her past. In 1998, Oprah starred in the film adaptation. The narrator of this book describes growing up in a black community in the south while attending an all Black University where he is expelled from. He then moved to New York where he became the leader of “the Brotherhood”. 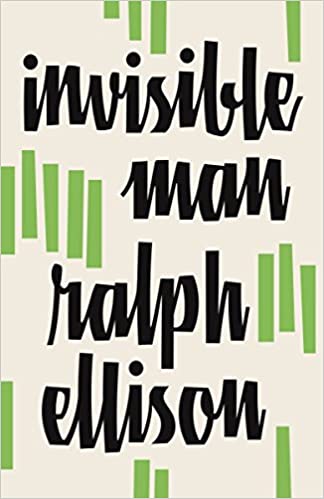 This book i about Richard Wright’s journey from innocence to experience in the Jim Crow South. 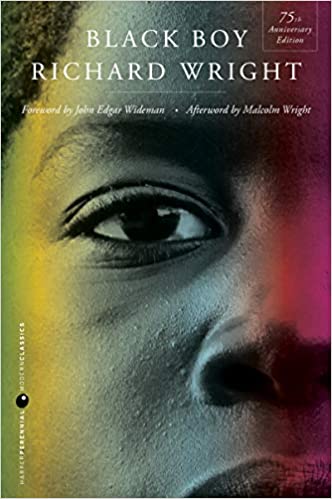 “"We Should All Be Feminists" by Chimamanda Ngozi Adiche

Adapted from her TEDx Talk of the same name, Adiche uses personal experiences and understanding of sexual politics to define what feminism means in the 21st century. "How to Be an Antiracist" by Ibram X Kendi

In this acclaimed nonfiction work, racism scholar Ibrahim X. Kendi explains an array of antiracist ideas to his readers in order to help them understand the depth of discrimination in our society and how they can stand against it. 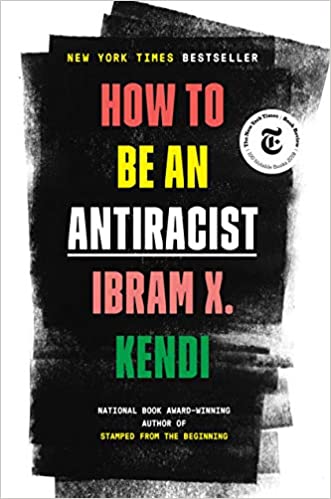 "My Sister, the Serial Killer" by Oyinkan Braithwaite

In this satirical thriller, Korede's life is constantly upended as she's forced to clean-up after her sociopathic sister who has a tendency to kill her boyfriends. 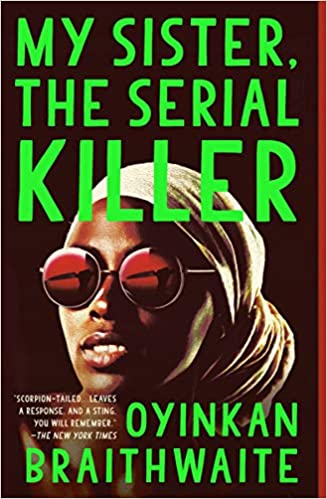 Officially the best-selling book of 2018, the former first lady tells all in what Oprah called a "vulnerable" memoir, in which she opens up about her marriage, life before and after the White House, and what she feels about our current president. "The Hate U Give" by Angie Thomas

Adapted into a 2018 film, this novel that made the National Book Award Longlist, tells the story of a teen named Starr Carter, who's the sole-witness to the fatal police shooting of her her childhood best friend. As the tragedy hits national news, her community becomes divided and Starr must decide whether to remain private or to become the public face of a movement. A workbook journey through worksheets that help you create plans for your health, wealth, and happiness. It's completely action oriented! This is the perfect time for goal planning so grab your workbook today! 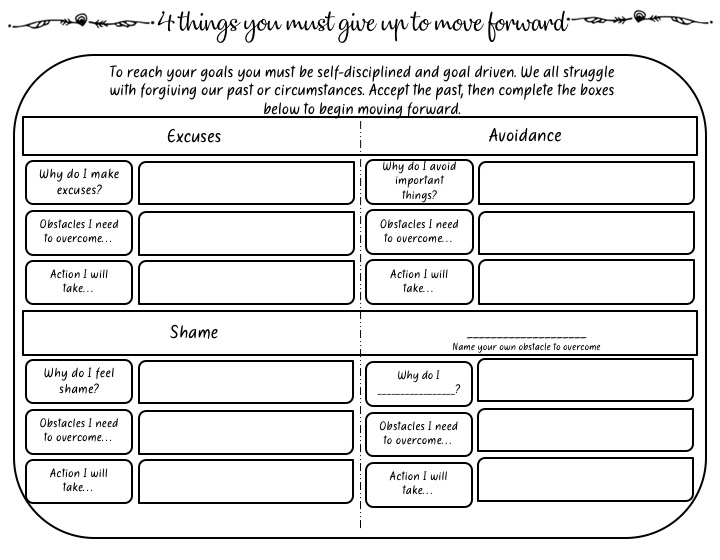 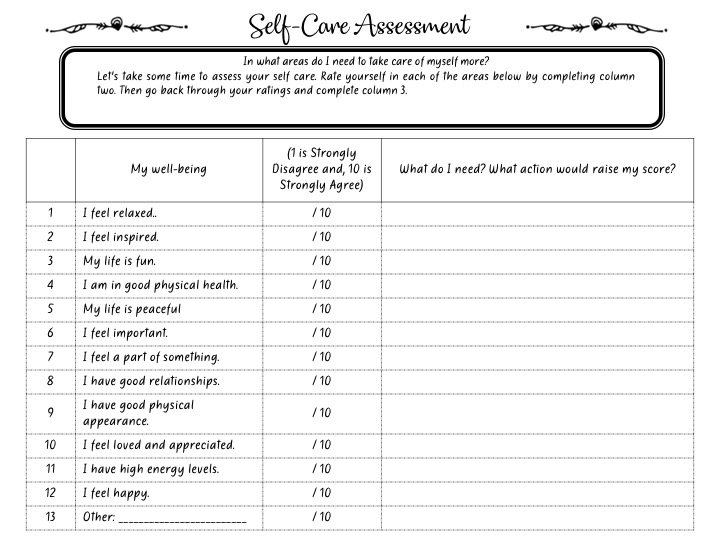